Debit Note is a document/voucher given by a party to other party stating that such other party’s account is debited in the books of sender.

For example: A trader “ABC” purchases goods from “XYZ”. After receiving the material, ABC founds that the goods contain some defective goods of value of Rs. 10,000. Now ABC has to reduce the liability standing in his books as payment due to creditor XYZ. Therefore ABC sends a debit note amounting to Rs. 10,000 to XYZ stating that he has debited his account in his books.

It is a simple accounting entry in which the person to whom debit note is to be issued is debited and the account due to which it is issued is credited. For example entry in above case will be

Common Reasons for which Debit Note is issued

Credit Note is a document/voucher given by a party to other party stating that such other party’s account is credited in the books of sender.

For example in above given example the XYZ finds out that the material dispatched is defective. Therefore he issues credit note to ABC, thereby reducing the amount of debtors. It is opposite of debit note.

It is a simple accounting entry in which the person to whom credit note is to be issued is credited and the account due to which it is issued is debited. For example entry in above case will be

Common Reasons for which Credit Note is issued

Debit/Credit Note as per GST

Reasons specified in GST returns for which debit note or credit note can be issued.

There is not specific format of debit note/credit note. A sample format in excel can be downloaded here- Credit Note | Debit Note

Debit Note or Credit Note can be issued anytime i.e there is no time limit for issuing the Debit Note. Also, Debit Notes and Credit Notes issue have to be declared in the GST returns filed for the month in which document is issued.

There is also a maximum time limit for including in GST return. The details have to be declared on earlier of the following dates:

Following details should be included

(a) name, address and Goods and Services Tax Identification Number of the supplier.
(c) nature of the document.
(c) a consecutive serial number not exceeding sixteen characters, in one or multiple series, containing alphabets or numerals or special characters hyphen or dash and slash symbolised as “-” and “/” respectively, and any combination thereof, unique for a financial year;
(d) date of issue of the document.
(e) name, address and Goods and Services Tax Identification Number or Unique Identity Number, if registered, of the recipient.
(f) name and address of the recipient and the address of delivery, along with the name of State and its code, if such recipient is un-registered.
(g) serial number and date of the corresponding tax invoice or, as the case may be, bill of supply.
(h) value of taxable supply of goods or services, rate of tax and the amount of the tax credited or, as the case may be, debited to the recipient.
(i) signature or digital signature of the supplier or his authorised representative.

You can read more about credit note in GST here  and about debit note here.

For how much time Credit Note/Debit Note should be retained

The records of the credit note and debit note have to be retained until the expiry of seventy-two months from the due date of furnishing of annual return for the year pertaining to such accounts and records.

Must Have features for a billing software 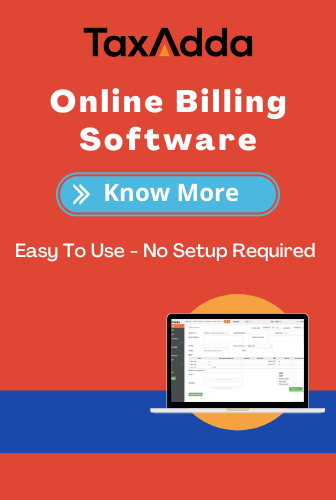 Must Have features for a billing software

Accounts and Records to be maintained under GST

What is Pro Forma Invoice? Format and Status under GST

What is POS software and how it is different from Billing Software.