What is Deemed Export?

The supplies do not leave India. The payment for such supplies is received either in Indian rupees or in convertible foreign exchange.

Categories of supply of goods notified as deemed exports

Notification no. 48/2017-Central Tax dated 18.10.2017 has been issued wherein categories are defined which are considered as deemed exports:-

Who can file refund application in case of Deemed Exports supplies

If the supplier has taken the refund then the recipient can claim the refund of input tax credit availed in respect of input and input services used in making the zero-rated supply of goods or services or both.

Further rule 96(9) of CGST rules provides that recipient of services cannot export on payment of integrated tax when the refund is claimed by the supplier.

Application in Form GST RFD-01is to be filed within 2 years from the date on which return relating to such deemed export supplies is furnished. A statement containing number and details of invoices is to be furnished along with Form GST RFD-01.

Procedure in case of supplies to EOU/EHTP/STP/BTP Units

The digital records should be kept updated, accurate, complete and available at the said unit at all times for verification by the proper officer, whenever required. A digital copy of Form – B containing transactions for the month, shall be provided to the jurisdictional GST officer, each month (by the 10th of the month) in a CD or Pen drive, as convenient to the said unit.

The above procedure and safeguards are in addition to the terms and conditions to be adhered to by an EOU / EHTP / STP / BTP unit in terms of the Foreign Trade Policy, 2015-20 and the duty exemption notification being availed by such unit. 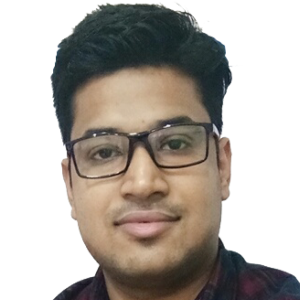